More than a simple tribute to Leonardo Da Vinci, on the 500th anniversary of his death, happened in France (Amboise) on May 2 nd 1519. Leonardo da Vinci was not only a traditional inventor, able to create amazing machines and technological devices. He was a painter, a sculptor, an architect, an engineer, all together in the same brain. The brightness of his genius’ mind can be captured just having a quick look at his sketches.

At the Scuderie del Quirinale, in Rome, in cooperation with the National Museum of Science and Technology “Leonardo da Vinci” of Milan and with the Veneranda
Biblioteca Ambrosiana, you can now witness 10 of da Vinci’s original sketches from the Codex Atlanticus, a lot of huge wooden models of his inventions, and you could finally understand all the existing connections between Leonardo and the other technicians and engineers of his time and earlier, looking at books and manuscripts (one of them with the with Da Vinci’s hand-written notes).

You will walk through the life of the Master, from Florence to Milan to France, seeing the world through the Da Vinci’s eyes, a real man of culture, scientific, humanistic and technological. He has not to be considered as a single shining star in the middle of the society: really, Leonardo was always in constant touch with the cultural environment of his time, talking and comparing his ideas with other technicians, and these connections are just the main theme of the exhibition. 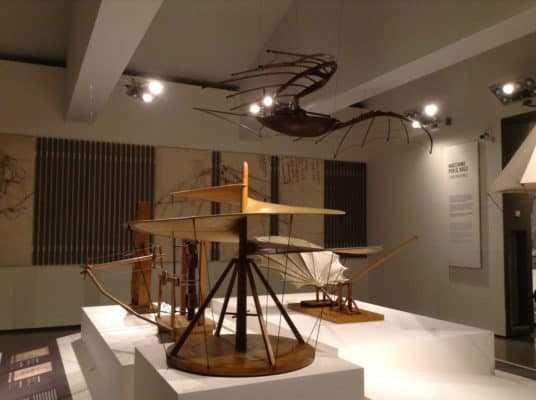 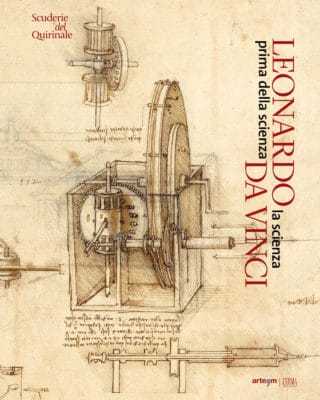