Nero’s Palace opens with Guided Tours every Saturday and Sunday. A real journey through time, an emotional and innovative adventure in the panorama of technologies applied to the cultural heritage. Today, you can visit the areas of the Residence developed on the Oppio Hill: these areas were probably used for
celebrations and banquets, buried and rediscovered only in the Renaissance.
After the devastating fire of 64 AD, which destroyed much of the centre of Rome, the emperor Nero began building a new palace, that for its splendour started to be identified by the name of “Domus Aurea”. After Nero’s death, his successors decided to cancel all memories of the emperor and especially of his residence. So, the luxurious rooms were destroyed and decorations and sculptures removed.

Some buildings were destroyed, some were filled in with earth up to the ceilings, to be reused as substructures for other constructions. In that moment, the house of Nero was completely forgotten. Only in the Renaissance, after some fortuitous discoveries, the residence was recognised as the one that belonged to the famous emperor.

Today, after years of restoration, the archaeological site will reopen on Saturdays and Sundays, with guided tours enhanced by a new and innovative multimedia experience aimed to show this hidden corner of the Ancient Roman times. The new project focuses on new technologies as the immersive virtual reality.

The itinerary starts with a HD projection about Domus Aurea’s history, in the access aisle. The tour Guides will show you the beauties of this place, to conclude with a reconstruction of a part of the residence in augmented reality, using VR viewers in the “Golden Vault Room”. The virtual reality, well developed and in high definition, will grant you an immersive and 360° experience. The final result will be a real time travel. 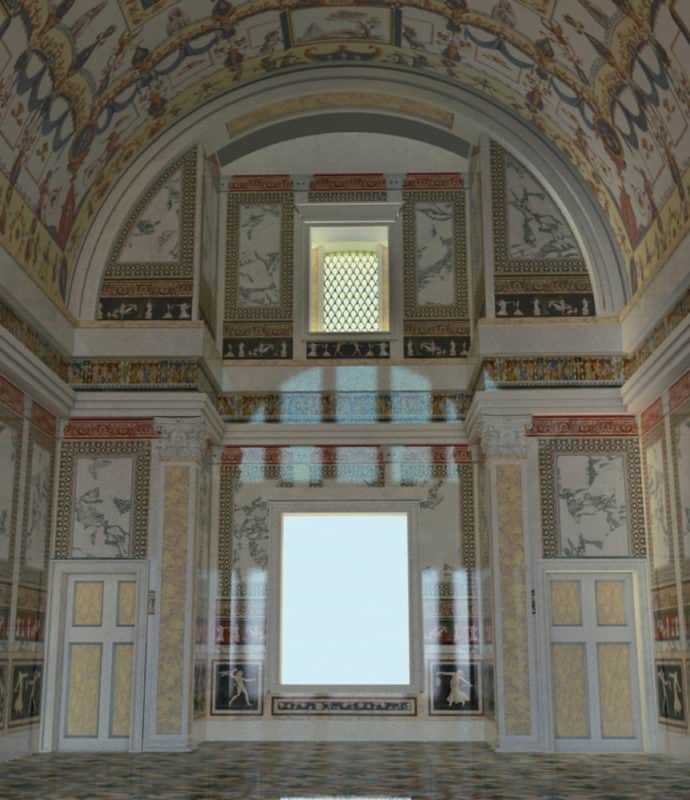