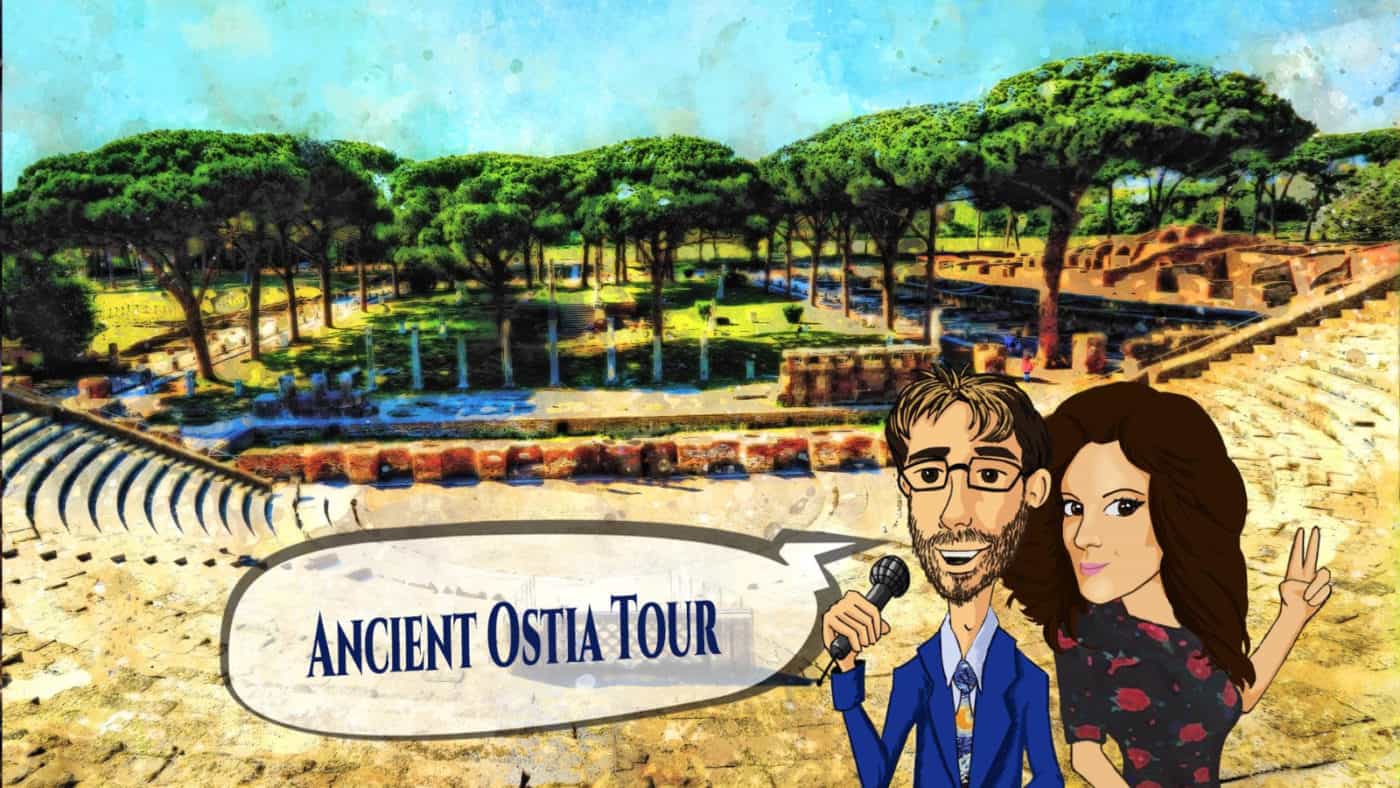 The Ancient Ostia Private Tour offers the opportunity to dedicate yourself to a half-day excursion just outside the Capital, staying away from the crowded Colosseum and Vatican Museums. It allows you to take an extraordinary travel back in time, visiting a turbulent mercantile and harbour city. Its name in Latin means “mouth of the river“: in other words, Ancient Ostia (In Italian, Ostia Antica) was once situated exactly at the mouth of the Tiber river.

It was the first Roman colony and it became the most relevant port near Rome, welcoming merchants and visitors from all over the world. Our Ancient Ostia Tour will take place following the original route of the Decumanus Maximus, the road cutting the city in two almost symmetrical parts.

Taking the Via Ostiense and passing the Necropolis, we will enter Ostia through the Roman Gate. After that, we will explore the Baths of Neptune, with their extraordinary mosaics, and the adjacent ruins of the Fire Brigade Barracks.

Walking along the ancient Roman paved road, the Guided Tour will then continue with a visit to the site of the wonderful Roman Theatre, still today a suggestive setting for famous shows. The Theatre is flanked by the Forum of the Corporations: here you can find the copy of the Sacello di Silvano, whose original can be seen at Palazzo Massimo by choosing the Tour Museums and Galleries organized by Rome Guides.

We will then head towards the House of Diana, admiring the original food counter of the Thermopolium, a perfect example of a typical Roman folk inn. After that, the mighty Capitolium and the Temple of Augustus and Rome will complete the excursion, which will end inside the small Archaeological Park Museum.

Visiting Ostia can help you to understand how, at the time of the Ancient Rome, this seemingly secondary town was actually populated by large groups of traders and sailors, ready to contact a possible buyer and sign a commercial agreement, before before engaging in other activities and then leaving again in a couple of weeks.

DETAILS OF THE ANCIENT OSTIA TOUR

The duration of the Tour with our English speaking Tour Guide is about 3 hours, and includes an excursion through the Archaeological Park with detailed insights into the places of interest. 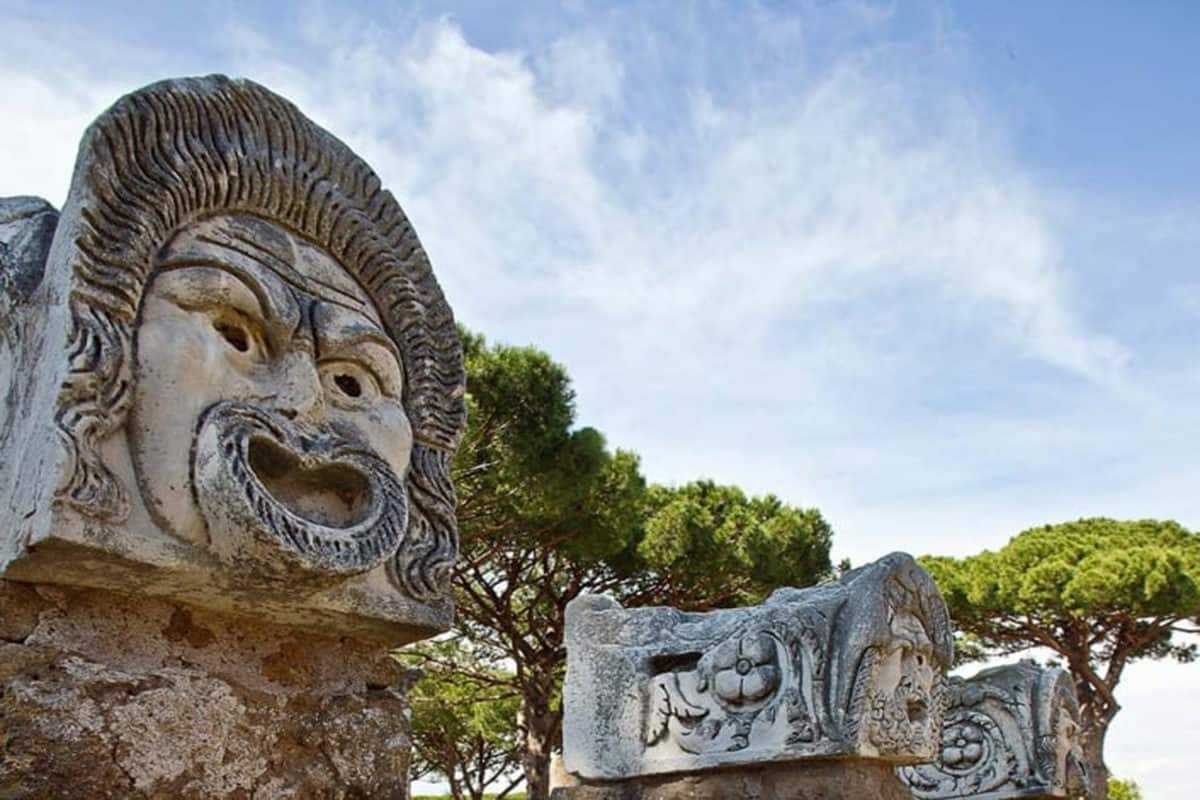 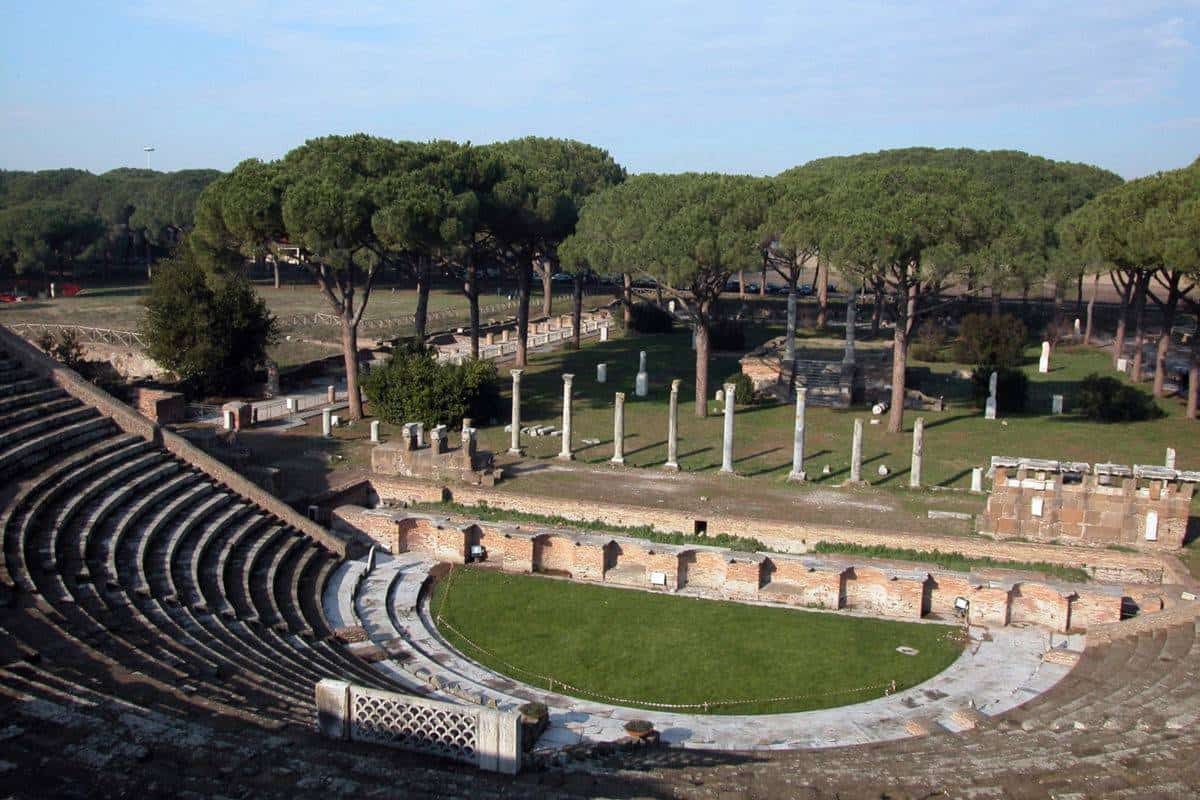 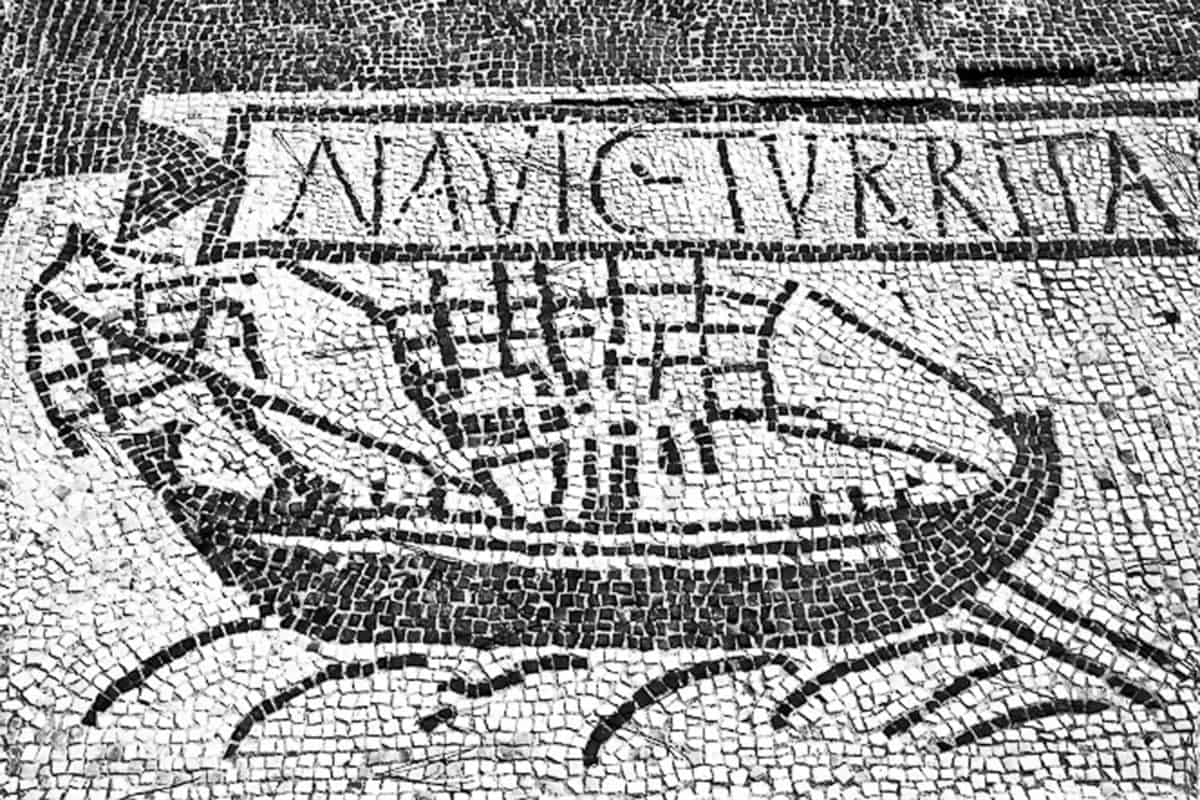 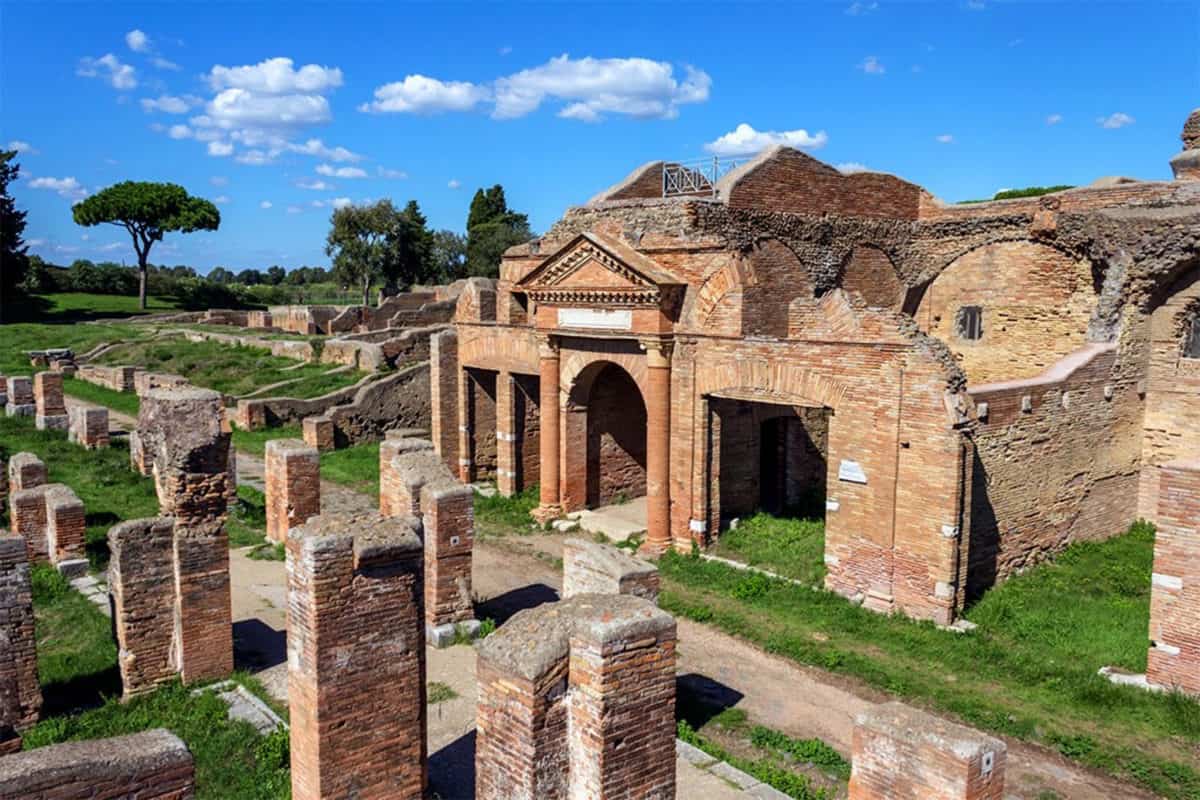 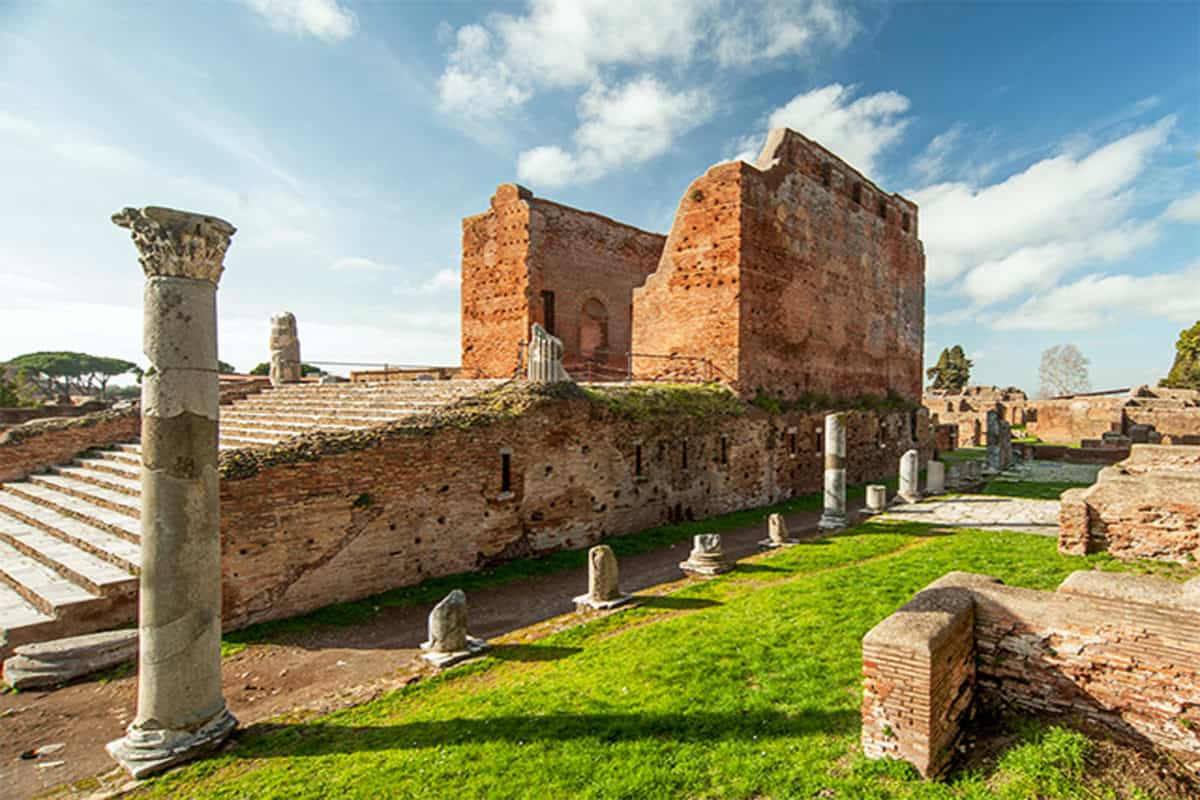