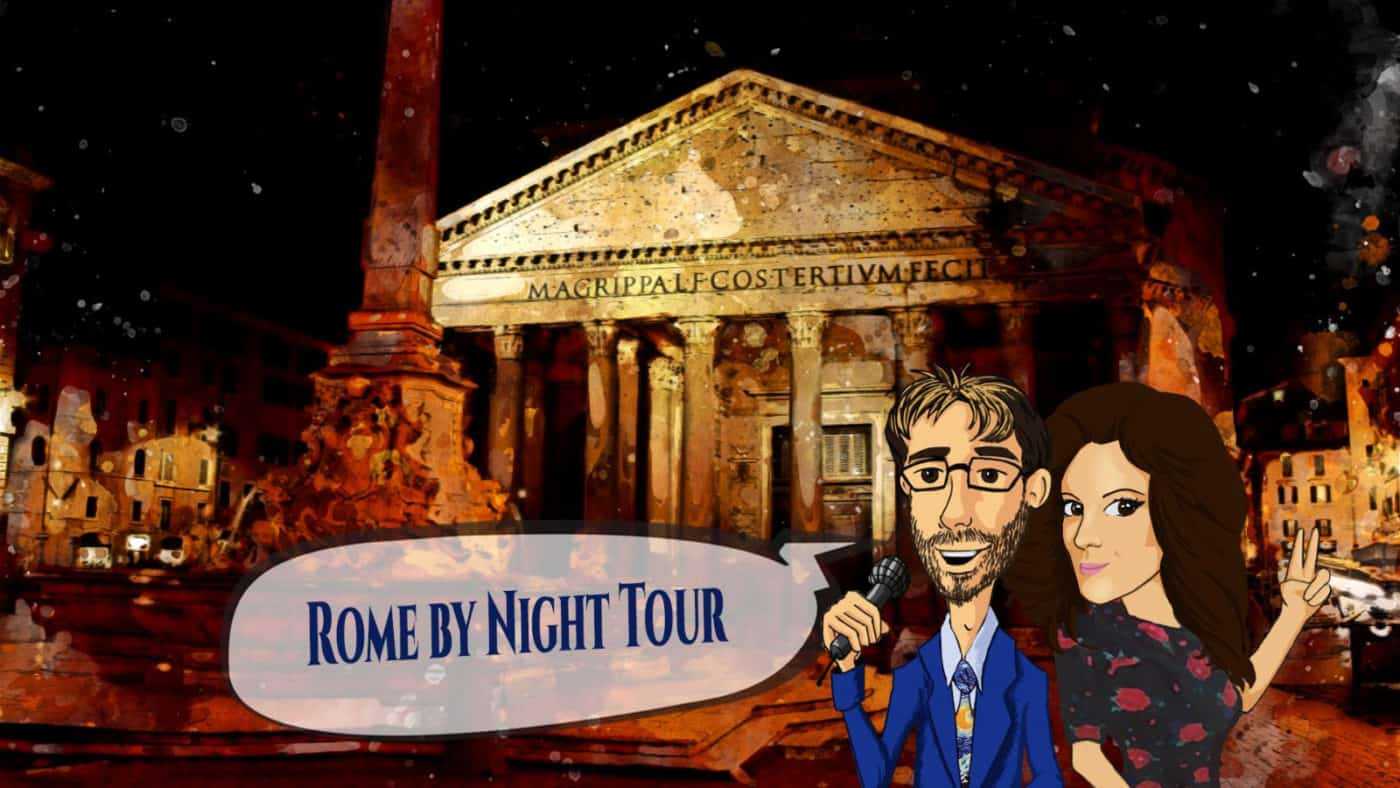 With the Rome by Night Tour you will enjoy the breathtaking scenery of Rome in a romantic atmosphere, now far from the daytime traffic and the huge crowds. As it is necessary to make a choice for this tour, it will not include the Trevi Fountain, the Spanish Steps and Trastevere, that you could visit on your own during your day trips.

We could start visiting Rome in the late evening, immediately after your dinner, based on a traditional roman meal or a local crunchy pizza, so you will have all the energies for our sightseeing.

Here is the list of the places included in this walking tour.

The tour begins examining from outside the most famous and popular monument of the world, the Colosseum by night, romantically illuminated: learn about its history and traditions and take the perfect photo of your experience. It will not be possible to enter the Colosseum, but if you are interested to see the arena during the day you can book our Imperial Rome Tour.

Then we will stop in front of the solemn Arch of Constantine, symbol of triumph in the Roman Empire.

We will continue our lovely stroll taking Via dei Fori Imperiali, where we will admire the ancient Roman remains, arriving in front of the imposing Trajan’s Column.

From there we will turn towards Piazza Venezia, meeting the Monument to Victor Emanuel II; then we will climb to the top of the Capitoline Hill, whose square is embraced by the palaces that now house the Capitoline Museums.

From a special terrace we will admire the remains of the Roman Forum: it will be an incredible view, enriched by a full explanation of the historical centre of Ancient Rome.

At that point, we will head towards the Sacred Area of Largo Argentina, adorned with four temples from the Republican era. The location is known to have been the site of the brutal assassination of Julius Caesar.

We will take a short walk to admire the Pantheon, the most important of the temples of Ancient Rome. We will conclude our Tour exploring Piazza Navona, the unreachable baroque stage of the artistic dispute between Bernini and Borromini: in the streets all around the square you will have the options to taste an icecream or to take a couple of glasses of wine to celebrate the end of the tour in the dark atmosphere of the night.

The lenght of the Tour with our English speaking Guide will be 2 and a half hours. Even being flexible, the departure time of the Tour cannot in any case be later than 22.00.

The Tour does not require the payment of any entrance ticket.

If you like the tours by night, think about the Vatican Museums Tour on Friday: at the sunset, the Vatican City opens its door making possible for the visitors to see a different side of the Museums, that are very often overcrowded. If you want to make a reservation for this kind of tour, please contact us sending an email. 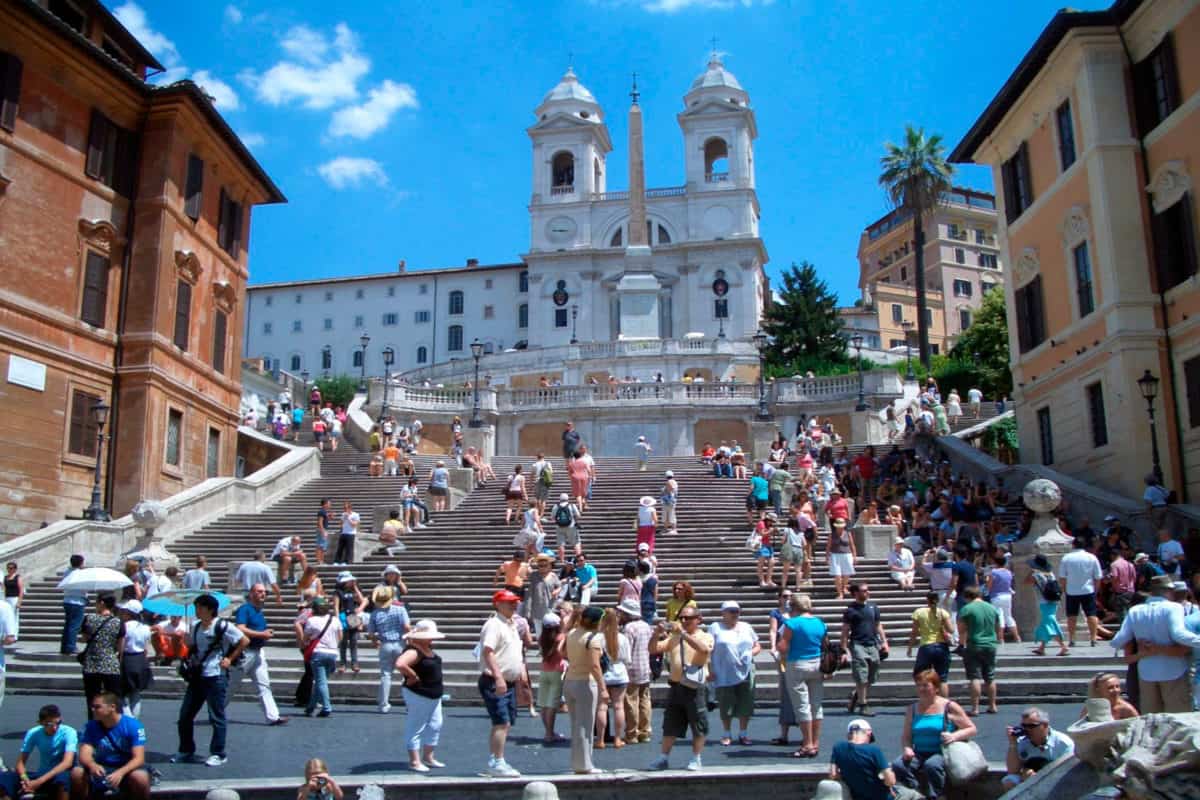 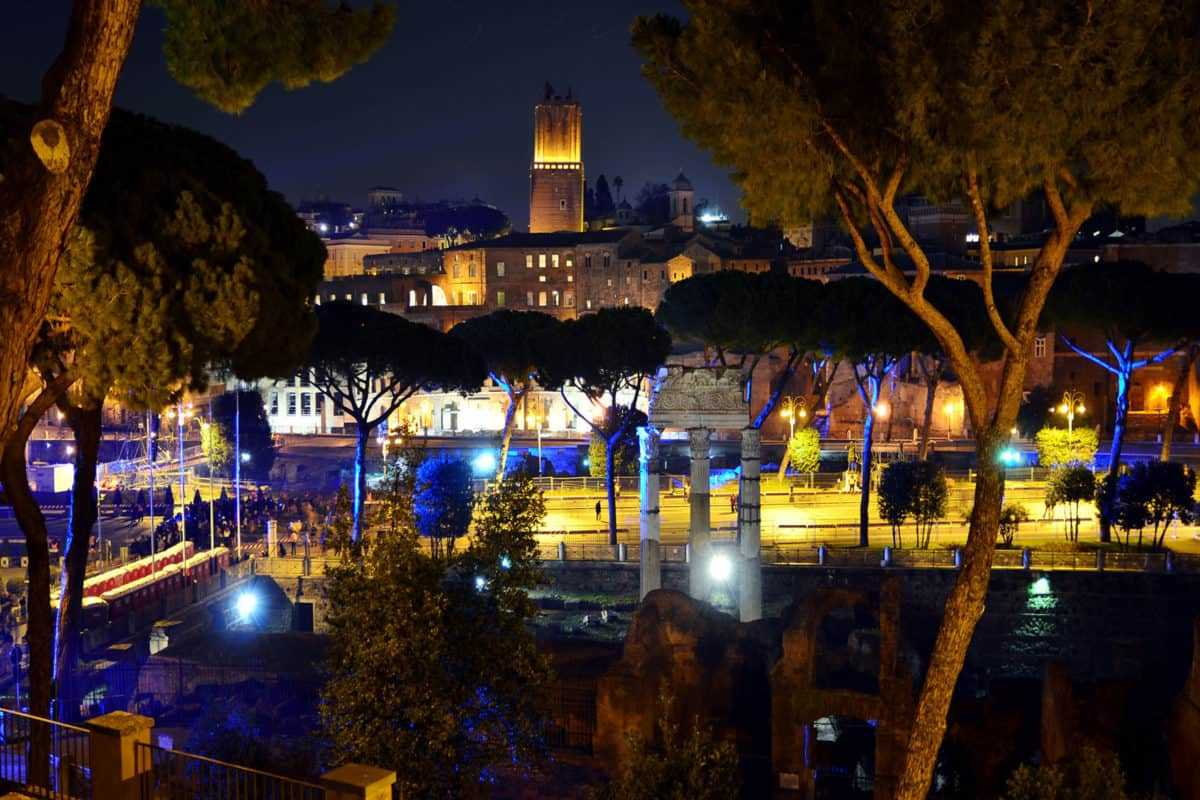 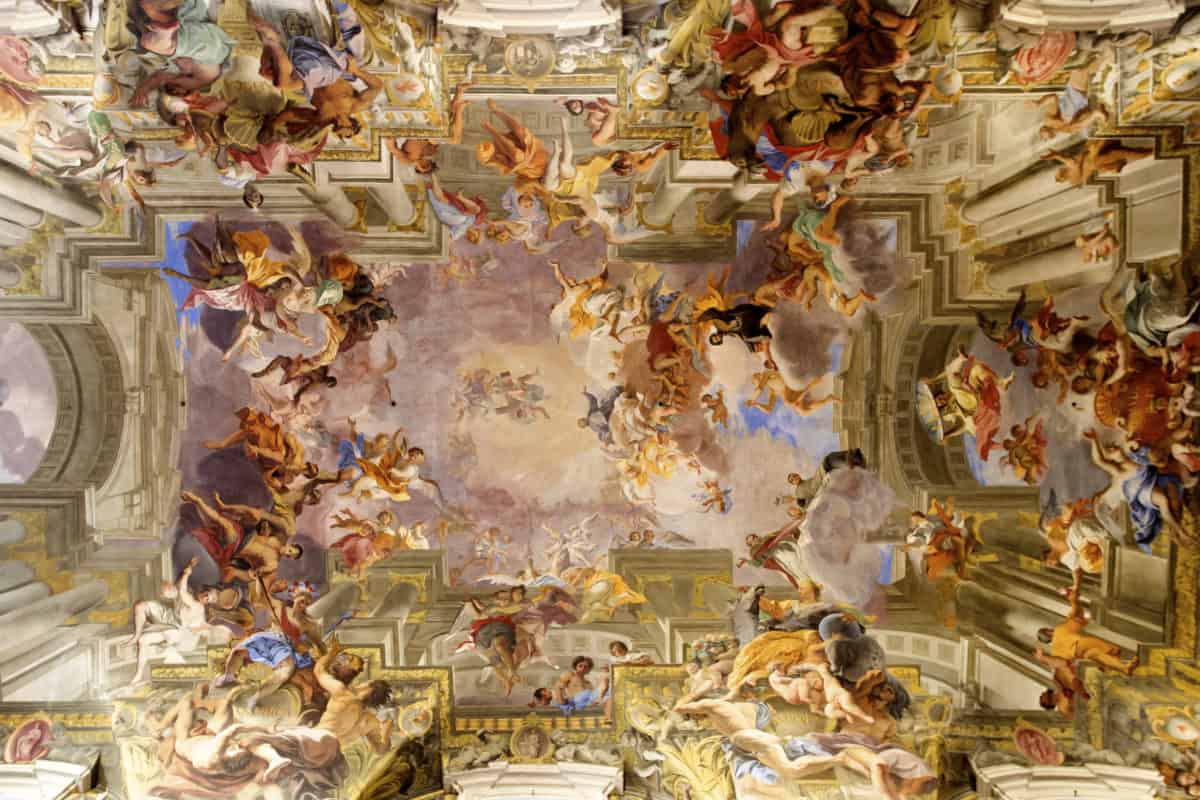 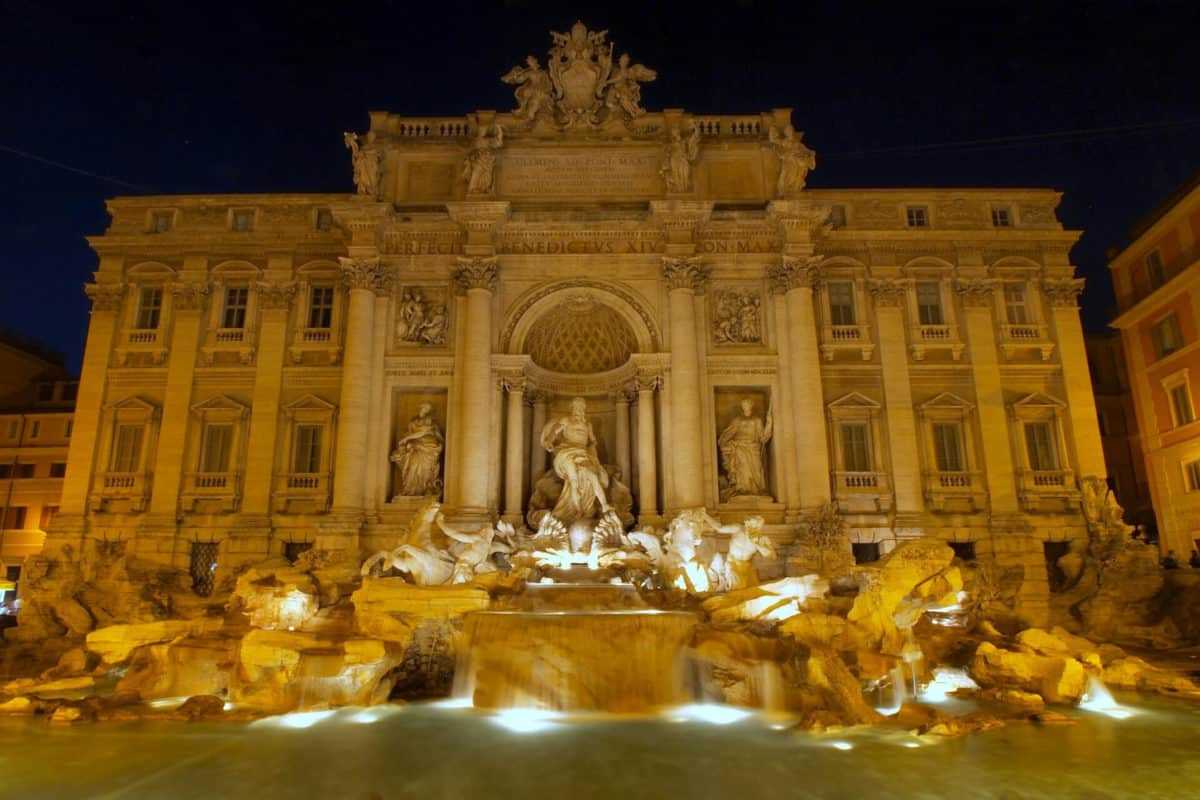 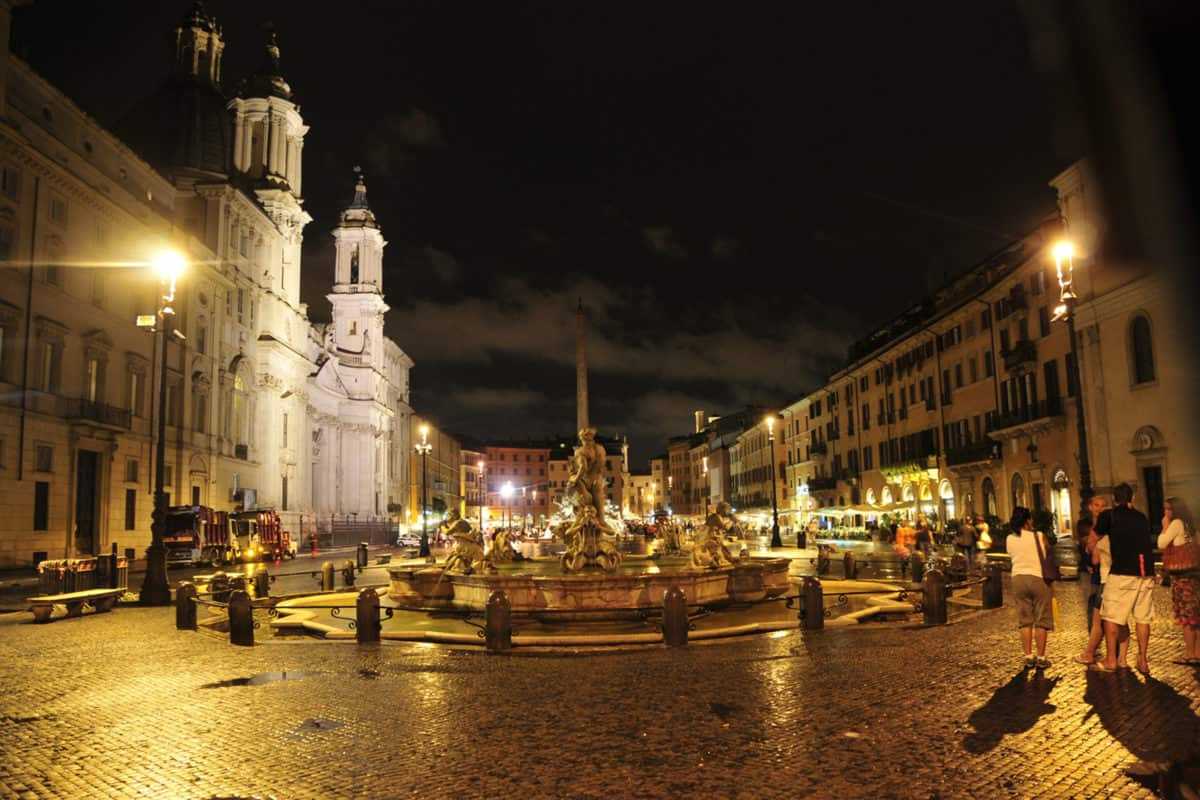