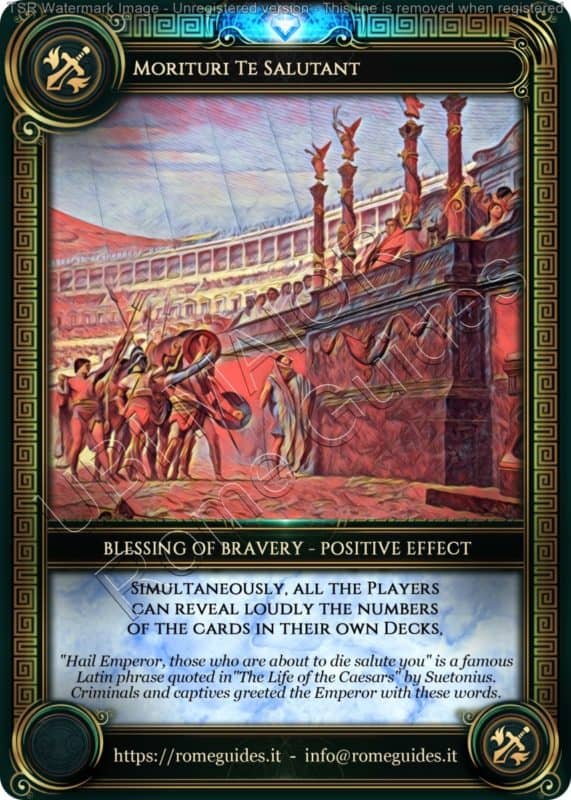 The politicians of Ancient Rome, both during the Republic and during the Empire, had understood very well that in order to distract the people from the real problems and to increase their consensus, they had to properly dose “panem et circenses“, that is food and shows. In the Ancient Rome, almost every religious feast was celebrated by accompanying it with games, chariot races, theatrical performances or the very popular gladiator fights. Gradually, the shows became real historical reconstructions of salient facts or related to the myths of the time: in these shows the condemned to death were called to fight, in the hope of being able to save their lives.

Thinking specifically of the fights between gladiators, often represented in the famous Hollywood blockbuster, everyone remembers the famous phrase “Ave caesar, morituri te salutant” (Hail Caesar, those who are about to die salute you), a motto with which the gladiators were shown to parade in an orderly manner before the Emperor, greeting him before dying.
In reality, this phrase was never pronounced during the fights between gladiators.

According to the famous historian Svetonius, it was pronounced only once: it was in 52 AD, during the inauguration of the drainage of the Fucino lake ordered by Emperor Claudius.

In that year, indeed, the Emperor Claudius organized one of the most spectacular events in the history of the Roman Empire: a gigantic “naumachia“, a naval battle in which about 19,000 people participated, including thieves, brigands and murderers raked up from all the prisons of the Roman Empire. The Emperor made them fight on fifty vessels specially built and arranged in two fleets: Rhodians against Sicilians, fully armed, under the watchful eye of Roman soldiers who prevented the escape and supervised the safety of the entire event. The winners, as usual, would have had their lives saved. A trumpet blow, coming from a huge silver triton made to come out of the center of the lake with an ingenious mechanism, started the historic battle.

According to the chronicles of the time, all of Rome went to the shores of the lake to witness this bloody show: at the end of the performance, the waters of the lake turned completely red because of the amount of blood that had been shed.