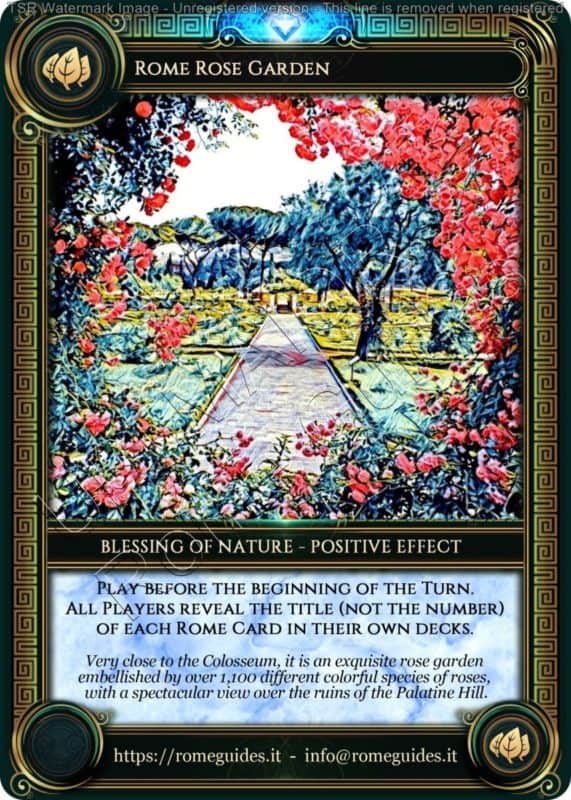 The Municipal Rose Garden of Rome develops on the slopes of the Aventine Hill, in front of the remains of the Circus Maximus.

Since the 3rd Century B.C. the place where the present rose garden stands was dedicated to flowers. The great Roman historian Tacitus, in his Annales, spoke of a temple dedicated to the goddess Flora, whose celebrations, called “Floralia“, took place in spring near the Circus Maximus. Covered with vegetable gardens and vineyards until the end of the 16th Century, the terrain became, in 1645, the Garden of the Jews with the annexed small cemetery of the Community.

Since 1934, the year of the transfer of the Jewish cemetery to the Verano Cemetery, the area was destined by the general urban development plan of Rome to a Public Park: the area remained uncultivated until 1950, when it became the site of the new Municipal Rose Garden. As a tribute to the Jewish community, which had made it possible to recreate the rose garden in a sacred place, the paths that divided the flowerbeds took the shape of the menorah, the seven-branched candelabrum, symbol of Judaism.

Today the Rose Garden hosts about 1,100 species of roses coming from all over the world, even from China and Mongolia. Among the most curious ones, there is the Rosa Chinensis Virdiflora, with green petals, the Rosa Chinensis Mutabilis, which changes color with the passing of days, and the Rosa Foetida, a bad-smelling rose.